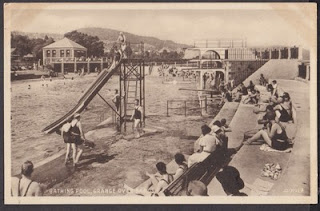 I am supporting the campaign call for the restoration of the currently derelict Grade 2 Listed Lido at Grange-over-Sands which LibDem-controlled South Lakeland District Council has left to rot since they closed in in 1993. That this is a disgrace is incontestable, that the Lido could be restored for swimming with additional facilities is provable, and that it could therefore be a major attraction on Morecambe Bay is credible.


Outdoor swimming has become hugely popular and Lidos are seeing booming business across the country - Ponypridd Lido in Wales, which opened in March this year, has seen more than 64,000 visitors already (an average of more than 500 per day). Most Lidos were built in the 1920s and 1930s to help promote good health and well-being for working people, a role they can still perform today, along with boosting local economies, providing employment, supporting social inclusion and community, and attracting both day and longer stay visitors. A restored Grange Lido would become another really good reason to come to the Morecambe Bay area. 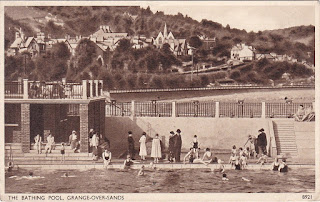 The campaign group Save Grange Lido has set up a petition calling on SLDC to abandon its planned infilling of the Lido with concrete (which would make it just a flat extension of the existing Promenade) or, as they now state, just decking over it with some sort of cover like timber (not sure how that's going to work, but hey ho!)

It is known that people are willing to travel considerable distances to swim in Lidos, and Grange is the only remaining coastal Lido in the north of England. It would be a tragedy if it was destroyed.

The petition is now over 11,000 signatures. There is also a paper version in many shops in Grange, and surrounding villages which so far has almost 500 signatures. A petition with more than 1,000 verified local signatures (i.e. those of people who live, work or study with the SLDC area) will be discussed at a full meeting of the Council. 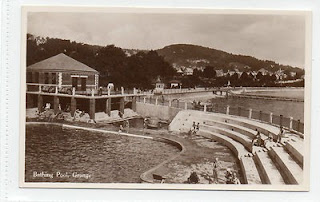 With the coming of the Eden Project to Morecambe the focus will be on regenerating tourism in the whole bay area, to the benefit of communities both sides of the county border. If readers could please share the petition and encourage signatures that would be wonderful, the local signers guarantee the debate at Council, those from further afield demonstrate support for restoration of the Lido as a tourist attraction with a wider catchment area. Thank you.

https://www.change.org/p/south-lakeland-district-council-save-grange-lido
Posted by Anne at 13:42 No comments: